The web tax will be done. But you do not know how

עמוד הבית » The web tax will be done. But you do not know how 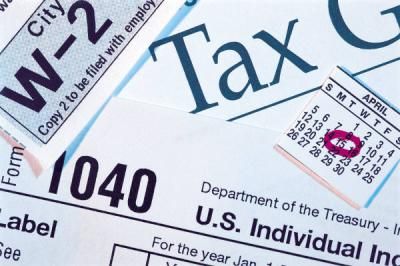 The EU summit in Tallinn has postponed any decision on the web tax to the work of the Commission. Which claims that the profits of a company must be taxed where the "value" is created. But how to do it technically? Three hypotheses and all to be defined.

All delegated to the Commission

The EU Commission took seriously the requests on the web tax formulated by the "gang of four" (France, Germany, Spain and Italy) on 21st September. It was therefore expected that the EU Summit in Tallinn on 29 September – focusing on the digital economy – would give you a follow-up.

Unfortunately, the meeting confined itself to reaffirming the need for action by referring, in substance, to the work of the Commission. This, in turn, presented the initiatives it intends to adopt by the end of the year: the one on the web tax, however, is missing. Of course, the proposal was illustrated and a heartfelt appeal to intervene formulated (" It is time to act "). But on the timing we go to the spring of 2018.
Instead, the "band of the four" insists on merit. What is the Commission proposing? At least one choice of field makes it: the profits of a company must be taxed where the "value" is created. This entails a radical revision of the central role of the permanent organization for the taxation in that place (that of creating value) of profits made there by non-resident companies.
In short: either you stop conceiving the permanent organization as a physical place or there is no alternative to your retirement. The deletions of the OECD on the subject are explicitly targeted and the threat is clear: if in April 2018 the Organization does not present realistic and effective proposals, the EU – which in the meantime "will examine all the other possible options" – will proceed to his account.

However, when the biceps are displayed, the Commission shows realism by asking where are the only – technical – real obstacles: (i) where to tax, which means how to establish and protect the fiscal sovereignty of a state in which the digital service is enjoyed even in absence of a physical structure of the non-resident service provider. (ii) What to tax, or how to allocate the profit of digital assets led by intangible assets.

These are questions whose answer is far from obvious, so much so that we return to invoke a multilateral approach supported by political choices; and the awareness that if such choices were to delay, the EU must find at least one of its internal solutions that would make the profits generated in the Union taxed there by individual European states, but also redistributed adequately among themselves.
It is not by chance that the Commission recalls the advanced – but not concluded – status of the Common Consolidated Corporate Tax Base (Ccctb ), which provides for a formula for the redistribution of the European consolidated profit on the basis of four parameters: plants, turnover, employees and digital activities , however, not better clarified.

The three hypotheses in the field

That said, the Commission formulates three hypotheses that, at the moment, only constitute titles of chapters that are yet to be written (and the devil is in the details).

The first revolves around an " equalization tax " on untaxed or "insufficiently taxed" profits; can be used as a tax credit in the country of the person who suffers it or has the nature of a separate tax. Numerous contradictions. Who decides when a profit is "insufficiently taxed"? Then say that the equalization taxgives rise to a tax credit payable against taxes due in the country of origin means qualifying the levy as income tax: but if so, return straight to the taxability subordinate to the existence of the permanent establishment. So much so that it is assumed, as an alternative to the emergence of a tax credit, the nature of "separate tax". The solution would escape the trap of the permanent organization, but it seems a bit 'too indeterminate to judge it.

The second hypothesis deals with a withholding tax applicable on some payments made to non-residents who sell goods or services ordered "online". His weakness is also evident, since his heart lies in identifying what these payments are. Only those made through financial intermediaries? But it is the whole circuit of the digital economy that operates through agents who receive payments on behalf of subjects without physical organization. The problem lies in the ability of intermediaries to identify the title of the payment and the nature (individual or business) of the beneficiary.

The third provides for a – not better defined – levy on the amounts paid to non-residents on transactions concluded "remotely" with residents if the non-resident operator shows a significant economic presence (even if not physical), ie a turnover of a certain amount, in the EU territory.
This hypothesis, although very general, seems the most realistic even if it resembles a turnover tax and should be coordinated with VAT to avoid inappropriate duplications. Or supported as an indication of the existence of a permanent organization: a thesis, this, to be affirmed, however, in the OECD. Or, again, as a residual income, existing in all EU legislation, but without any coordination.